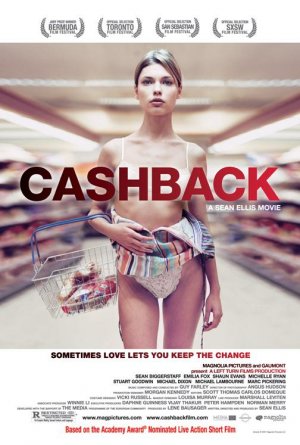 
Stopping time, boobs and an alternative love story are all on offer in this British comedy/drama.

Ben has his heart broken by the love of his life, and as a result suffers from a continuing case of insomnia. To make the evenings more interesting he gets a night shift at the local Sainsbury’s and meets some interesting co-workers.

The film centers itself around Ben’s on-going obsession with his ex girlfriend, and although this is an interesting topic, it’s never covered with enough insight into his mind to become a truly captivating aspect of the film. Instead, his sedate and troubled character works best across from much more interesting characters, like his best friend, who is obsessed with women, and the entertaining flashbacks to show their progression as children.

These flashbacks also set a tone that almost overrides the film itself: the naked female form. Ben comes across a naked lady lodger at his house as a boy, and almost every woman who appears on the screen is imagined topless, which means the viewer gets to see everything in detail. This part of the film is explored as an inspiration for Ben’s love of fine art, and his aspiration to become a successful painter, but apart from that the reasoning behind this nudity isn’t fully explained. If anything, the incessant shots of topless women create a derogative standpoint for the male lead and his fellow men, and could put some viewers off the film altogether as the relevance of such repetitive use due to man’s obsession with the female form doesn’t seem like enough of a reason.

However, the direction is beautifully executed by writer/director Sean Ellis, with freeze frames focusing on intimate shots of exploding milk bottles and the frozen customer of Sainsbury’s supermarket. This helps isolate Ben from the rest of the world, as he sees miniscule details as a lone observer and these moments have the added bonus of being absolutely stunning. Effort has also been put into several impressive transitions between scenes with the camera gliding from one scene to a flashback in the same room, or Ben standing beside a phone booth then sliding backwards onto his bed, changing the perspective on where the floor is within the transition. This all helps to stand the film out from the usual British drama, and cleverly matches the slow and tranquil pace of the scenes provided by the lead.

For all of its clever direction and insightful flashbacks, Cashback doesn’t deliver on a fully explored lead character and as that really is the core of the film it may leave you feeling a little unsatisfied.