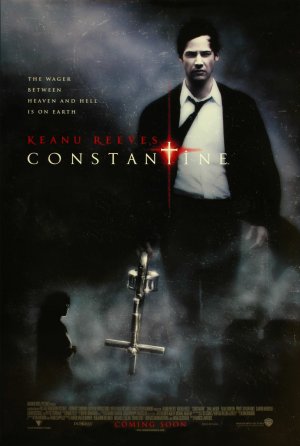 
Keanu Reeves stars in this occult, supernatural thriller. But is this DC comic adaption scarily good or bad?

When occult exorcist John Constantine (Reeves) is diagnosed with terminal lung cancer, he and Detective Angela Dodson (Weitz) join forces to unravel a mysterious religious conspiracy surrounding the suicide of her twin sister, and he could even save his own soul in the process.

John Constantine, a creation of comic book legend and Watchmen author Alan Moore, was first conceived in 1985 as a blonde, chain-smoking conman/magician; a Liverpudlian whose dalliance with the occult and demonology landed himself with a laundry list of enemies the size of the Mersey River. Transplanted here to the City of Angels, much of the 80’s anti Thatcherism and grit is understandably lost in translation. However just how much of the spirit of the original character’s nastiness shines through the glean is a testament to Reeves’s cynical performance, and Francis Lawrence’s claustrophobic direction. None more subtly so than in a scene where John traps a spider under a whiskey glass, filling it with cigarette smoke, and announcing “welcome to my life”. The film is directed with confidence by Lawrence who starts us off pre credits in a desert opening reminiscent of The Exorcist before cutting straight into the midst of an Exorcism gone haywire, introducing our main character in bold fashion “My name is John Constantine, asshole” he tells a possessed girl as we get a sense John enjoys the thrill of annoying the man down below as much as he cares about saving the day.

Rachael Weitz puts in a solidly fleshed out performance as Angela Dodson. She’s seen as on edge and truly frightened and serves as our eyes and ears into this new world, giving us a glimpse into this horrific underbelly and providing us with a lead character we can truly care for. Also there are great turns by both Djimon Hounsou as voodoo priest Papa Midnite, and Tilda Swinton, whose unnerving performance as an androgynous & conniving Angel Gabriel is one of the film’s highlights. Even a pre Transformers Shia Labeouf is bearable as Constantine’s faithful taxi driver Chas, providing comic relief in amongst the gloom.

The film does have it’s issues however, the subplot involving Constantine’s ability to travel between this world and Hell feels slightly forced, and hints at a romantic sub-plot that goes absolutely nowhere fast. However, where the film excels is when the script opens itself up to strange and off the wall ideas. We see Crickets from Amityville house used as weapons, Nazi conspiracies, Holy knuckledusters and guns firing dragon’s breath. And thanks to this Constantine is many things, but never a bore to watch.

Overlooked and mostly forgotten in the annals of Hollywood’s comic book adaptations. This thriller keeps things dark, humorous & doused with horror. Worth checking out for a solid Keanu Reeves action film, or those searching for a different kind of blockbuster. 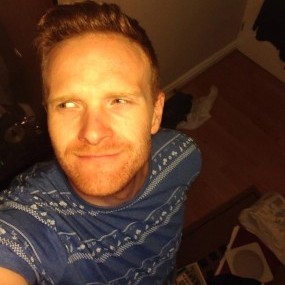