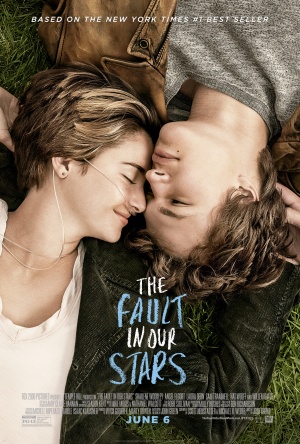 
Cancer and love are a risky mix but can second time director, Josh Boone, make it work?

Hazel has suffered from a form of cancer since she was 13 and three years on she’s lost the joy and excitement from her life. Meeting eighteen-year-old Augustus changes all of that but her condition and a trip abroad put a strain on her health and their friendship.

The film was adapted from John Green’s bestselling young adult novel of the same name and will no doubt draw in a lot of fans, but this is very different to most adaptations that have previously stolen the teenage literary crowd. The element of inevitable and fast approaching death has always been a tricky subject and director Josh Boone does well to balance this truth against fun and love in almost equal measure. Boone creates an alternate world away from Hazel’s despair with this bubble of fun and love that viewers will find easy to relate to, albeit perhaps in more severe circumstances than their own.

After Divergent’s action packed acting requirements Shailene Woodley gets a chance to show off her more dramatic abilities and she certainly doesn’t disappoint. The young actress provides the necessary sombre portrayal of the story’s rather serious themes, easily creating empathy with her for anyone who doesn’t have a rock for a heart. Anyone can cry, but it’s her shy smiles and subdued expressions that really make an impact and make her cancer patient role more than just a symbol. On the other hand, Ansel Elgort seems to be resting his acting abilities on looking cocky and having an incredible smile. These may be the role’s only necessities, but they do become grating rather quickly and may prevent him from being truly accessible to some viewers.

The only major issue with The Fault in Our Stars is that it lacks commitment to one aspect: it isn’t a comedy (probably for the best), an outstanding romance, or a hard wrenching movie about death and disease and with this it fails to become truly exceptional. It could make you cry and is well suited for its intended age range, but more character realism and a stronger narrative purpose would have secured this as a film to remember in years to come.

This is a decent effort by Josh Boone on his second feature, and Shailene Woodley is one to watch for the future, but the film lacked individuality and this being the case won’t stand out amongst its teen genre peers.

For more teenage angst try Perks of Being a Wallflower and for a similar theme try 50/50.

Too sad for you or the heart warming love story you've been waiting for? Let us know in the comments below.