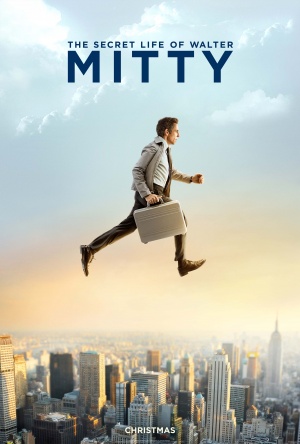 
Walter Mitty lives in the clouds, but can his imagination inspire us?

When Walter Mitty finds that the cover photograph for the last ever edition of LIFE magazine is missing he must travel around the world to find the photographer who might hold a second copy. Mitty’s withdrawal from society becomes a problem that he’ll have to overcome to find the elusive photographer.

A large amount of the action and excitement comes from Mitty’s own imagination, which means pushing a man out of building window can become possible without any real consequences. This is a clever device that keeps pace, especially early on in the film when Mitty is withdrawn from other people and gives a much needed insight into his own thoughts. The film also does well at mixing Mitty’s imagination with his real life, with his own imagination pushing him to become more outgoing as the film progresses. This is a great way for Mitty to become more engaging for the viewer, with his thought process visually shown.

Ben Stiller’s direction focuses almost entirely on Mitty, played by the director himself, Ben Stiller, and as expected he brings a lot of comedy to certain scenes. A spoof of The Curious Case of Benjamin Button and a scene where he continually fails to impress the girl with his skateboard tricks are cleverly shot to maximise laughs. Music is also used impressively with some great uplifting tracks adding to the inspirational feel of the movie.
But there is one drawback: the characters. They’re all very one-dimensional, with most playing a simple role to aid Mitty’s journey. His hated boss is a heartless control freak, his potential love interest is summed up by her child, ex-husband and refrigerator problems, and even Mitty is presented as more of an idea than a well thought out character. The overcoming of shyness and worry take a larger role in the movie than his actual traits, resulting in Mitty being summed up as a nerdy middle-aged man who used to be a talented skateboarder. Unfortunately, without having realistic characters the film becomes more like a lesson in life and misses out on a much more convincing emotional attachment with the viewer.