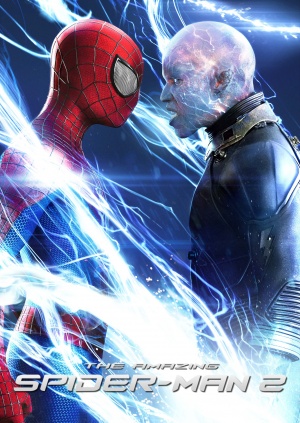 
Following the reboot two years before, does the sequel pulsate or flatline the reinvigorated franchise?

There’s a new electrifying foe in town for Spider-Man to battle while he attempts to keep his girlfriend, Gwen Stacey.

Each of the main characters have interesting stories and each play an important role in the overall outcome of the film. Chemistry between Andrew Garfield and Emma a Stone proves to be a particularly stand-out, which could be attributed to the actors personal affection for each other off camera. The film allows the viewer to be involved in their lives, increasing the sense of danger when enemies roll up and the only complaint is that there’s a lack of screen time for Dane DeHaan as Harry Osbourne; he plays a wonderful, if not short term, friend of Parker, and becomes a force to be reckoned with while manipulating other villains later in the film.

The rebooted films take an interesting approach to Peter Parker and also his mysterious father who is given a more background information with the film continuously dropping hints about him, until Parker attempts to find out the truth about his death. This makes for an intriguing plotline and heightens the realism of our lead. This could be seen as similar in tack to the relationship Potter and his father have in the Harry Potter franchise.

The battle scenes and fights between Spider-Man and the villains are fantastic and a true example of modern CGI at its best. Non-fans of the superhero genre could find this a little too much, especially in the context of the Spider-Man franchise which has typically been a little tamer in the previous films, but this outing doesn’t hold back at all. As a by product of having a villain like Electro, CGI is appropriately impressive and spectacular with the amount of electricity and power he controls being used to fill the screen; this is great to watch and is executed perfectly despite being a little too much at times.

Due to a great cast playing relatable and fun characters and a deeper story for our lead, The Amazing Spider-Man 2 just pips the previous film and improves on the new round of Spider-Man films since the reboot.