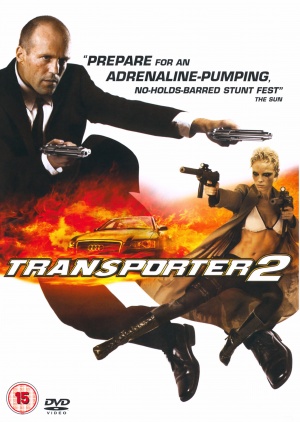 
Does Frank get children as much as he understands his cars?

This time Frank is responsible for a little boy and must do all in his power to save the child once he’s kidnapped for a ransom.

The opening scenes instantly set this film apart from the previous one; he’s now a child’s driver and picks him up from school while getting the attention of married women. What’s happened to the ass kicking Frank? Even though this doesn’t sound as interesting as transporting criminal goods or tied-up people, it’s this premise that makes the film a lot better than its predecessor. Once the boy gets kidnapped, the hunger to save him drives the story and motivates Frank to become a modern day action man on a mission as opposed to a driver with the capability to beat someone up when required.

The new villains play a major role in the improved film too; no longer is Frank against a weak, small fry baddie, but rather a duo of villains in Gianni Chellini and Lola. The female counterpart, Lola, plays a great force to be reckoned with however she’s constantly displayed in her underwear or less. Even when out in public she’s only covered-up by a trench coat for a few minutes before things start getting rough and it quickly comes off. While this might appeal to the target audience of male fans, it’s a shame the creators didn’t feel it fitting to allow a strong, dangerous female to avoid being the object of men’s desire.

Along with an improved lead and a great pair of villains come much bigger action scenes. Here we see Frank making missiles from gas canisters and we even see a high octane slow motion moment where frank impressively dislodges a bomb on a high crane with his car. Believability might be a little lost here, but that doesn’t mean that it’s any less awesome. This is certainly what film number one was missing, and combined with a consistently cool style of cinematography – like quick action close ups during car chases – it reaches new heights in the franchise.

Despite Frank not being a transporter anymore this film has made up for the previous outing. With new villains and a bigger role for Frank, I’m optimistic for the future; onwards to number 3...