April set to be huge month for 2014 as major blockbusters take over with Noah, Spidey and blue birds dominating.

The 28th March sees the arrival of the long awaited Marvel sequel, Captain America: The Winter Solider, and this looks set to take control of April early on. But it won’t be long until it has strong competition with new franchise starter, Divergent, sequel Rio 2 and Noah released on the 4th April. Divergent stars Shallene Woodley in what looks to be a totalitarian state where everyone is given a profession and life based on a few basic tests and character traits. Importantly this has been advertised in a way that replicates The Hunger Games, and Summit Entertainment will be hoping to have a bankable star in Woodley and a strong franchise opener with two more novels to be adapted. 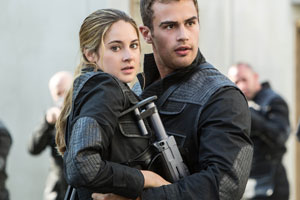 Rio 2 should be a guaranteed success after the originals 18th place at the 2011 box office chart and third most bankable animation of that year after Cars 2 and Puss in Boots. Twentieth Century Fox Animation will be hoping to grow on those achievements with a now familiar set of character and that looks a really possibility as there are no other major animated of kids films this to compete with.

Noah also looks strong, with a varied cast that may be its biggest asset. Russell Crowe, Emma Watson, Jennifer Connelly, Anthony Hopkins and Ray Winstone all star in the epic adventure, and due to this it could be a film audiences are afraid to miss. The strong Christian story at the films heart could run two ways, with the UK having a weaker religious following than in the U.S. but the action packed trailers look like they could overcome any worries of preaching for the non-religious as it looks genuinely exciting and action packed.

The next big blockbuster will be arriving two weeks later in the form of The Amazing Spider-Man 2. This is set to be a very big deal during April, and it’ll be interesting to see whether this or Captain America: The Winter Solider comes out on top when the dust settles. With Jamie Foxx joining the line-up as the glowing blue master villain, Electro, this could be an interesting watch. And as a heads up you’ll be seeing a lot more of the flexible, spider hero as sequels are already planned for 2016 and 2018. Get read for more villains and more destruction in New York City. 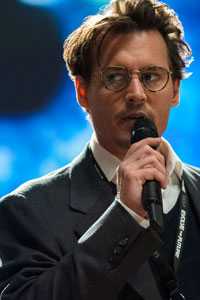 Johnny Depp offers up another unusual role in Transcendence on its 25th April release but this time he’s not human. In this Sci-Fi/Action/Drama his character, Will, has his brain uploaded to a computer where he begins to control technologies around him and dehumanises himself. It looks set to be a mix of real drama and big action packed events, and with Depp starring it could be enough to intrigue audiences into the cinema. It’s one to keep an eye on and could well prove to be a very decent watch.

On a personal note, I’m looking forward to two very different films in The Raid 2: Berandal and The Double. The Raid 2: Berandal sees the return of Gareth Evans as director, writer after his surprisingly successful The Raid in 2011. Expect non stop kung fu action, continual destruction and some rather violent moments. Fans of gritty martial arts films may really enjoy this as the original was a great homage to some of the old greats. The Double is Richard Ayoade’s second film, after Submarine (a film I just won’t shut up about.) This new release follows Simon, played by Jesse Eisenberg, who is an unextraordinary and easily forgettable man, but his life gets confusing when his doppelganger shows up and impresses everyone around him. This looks set to bring Ayoade’s quirky dialogue, oddball humour and precise direction to the screen once again.

Take a look at our full list of films released in April. We can’t wait to get stuck into as many as possible. It looks like a great month for film.

Blitzfood
I, Superbiker 4 – The Way for Four
The Quiet Ones

Calvary
Half of a Yellow Sun
Khumba
Khochadaiiyaan
Pioneer
The King and the Mockingbird
The Last Days on Mars
The Lunchbox
The Raid 2: Berandal
The Strange Colour of your Body’s Tears
Willow and Wind

2 States
Wrinkles
East of Eden
Giant
Locke
Love Punch
Magic Magic
The Amazing Spider-Man 2
The Sea
We are the Best!

The Other Woman
Vampire Academy

After The Night
An Episode in the Life of an Iron Picker
Cupcakes
Exhibition
Looking For Light: Jane Brown
The Informant
Tracks
Transcendence
We Are The Freaks
You & Me Forever

What are you looking forward to this month? Or have you recently seen the best film ever? Let us know your thoughts in the comments below