November Box Office Round Up

We examine what films caught on fire and which films were left out in the cold.

November has certainly been one of the busiest periods of the year, with blockbuster after blockbuster released throughout the month. 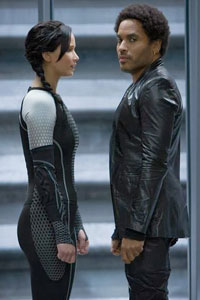 Thor: The Dark World hammered the UK box office to reach £8 million on its opening weekend at the beginning of the month, but November still had Gravity to come; that managed to gain £6 million and £5 million respectively in its first two weeks – an astonishing achievement. But November wasn’t over by then, The Hunger Games: Catching Fire set the box office ablaze with a staggering £12 million haul in its first week and is set to do great figures this week as we move into December. Check out our own reviews of Gravity and The Hunger Games: Catching Fire.

Cloudy with a Chance of Meatballs 2 continued to do well during the month along with Turbo – both have taken around £11 million to date. Although neither have outperformed the other, possible further sequels could be produced from both.

A surprise performer was Philomena starring Steve Coogan and Judi Dench, which after four weeks in the chart has taken almost £9 million. That’s an impressive take for a British film about a woman’s life story and is one of the most successful for both stars as lead actors.

Among this deluge of big performers, The Butler has struggled to gain attention despite it’s large cast including Forest Whitaker, Robin Williams, Oprah Winfrey and John Cusack. Being framed around a butler who served a number of different U.S. Presidents, the film was never perfectly suited for UK audiences and has gained only a £2 million share so far in its run.

Another under-performer was Jackass Presents: Bad Grandpa that topped the charts in its opening weekend in the U.S. and continued to do well. But the comedy film failed to make an impact in its first week at the end of October here in the UK. We’ve been tracking the movie throughout the last few weeks, and it managed to haul a disappointing £6 million overall before dipping out of the top fifteen chart – a result that shows the Jackass name doesn’t have the same draw here as it does across the pond.

We’ve seen a brilliant November for movies with some of the biggest films so far this year being released. Keep an eye on our weekly box office articles for more up to date news and check out what’s to come in December with our article: Box Office Preview: December Look Ahead.

Let us know which films you saw in the cinema during November in the comments below!