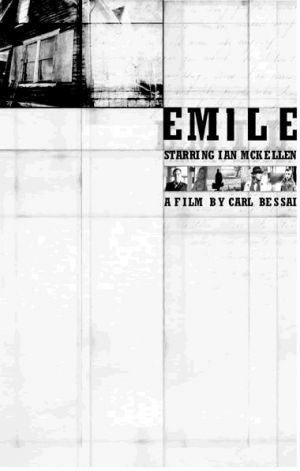 
Will this low flying gem shine or fade out?

Emile travels to Canada and stays in a house that brings back a lot of memories as he tries to make some new ones.

As a reasonably low budget film, it’s unequivocally the cinematography and style that sets this film apart and some of the techniques used seem more theatre styled at times. This is most notable in the numerous scenes where McKellen plays a representation of his younger self alongside his brothers, only for the scene to swiftly transition back to modern day where he’s in the same room in the house. This allows the film to jump back in time quite often, developing the characters, mainly Emile, and their backgrounds significantly more than just discussing events would.

Emile is instantly portrayed as an intelligent and likeable elderly man that’s trying to re-connect with his family in the opening scenes, but it’s the complexity of his character that really adds depth. Visiting the house where he grew up, Emile appears to be battling daemons and is riddled with a guilt that ultimately makes him more endearing to the viewer, rather than make him appear weak or a villain. The comfort in how McKellen plays the character is truly visible, allowing the character to come across closer to what you might expect McKellen personality to actually be like. Because of this, the crossover from actor to character is smooth and improves the film tenfold.

Only having nine recognised cast members does the film a great service, allowing deeper character development on most of the characters rather than just focussing on one or two Receiving an honorary Canadian degree. Acts as a side story, but Nadia and her daughter, Maria, are the real reason why Emile travels to Canada. The two main females are equally important in the grand scheme of things; there’s obviously a little history between Emile and Nadia, but discovering the truth and ultimately the outcome is where half the enjoyment comes from.

Emile is a warm, enjoyable, and magnificent film that McKellen completely controls in the lead role, and is aided by a handful of wonderful supporting cast members. A perfect film for a quiet night in.