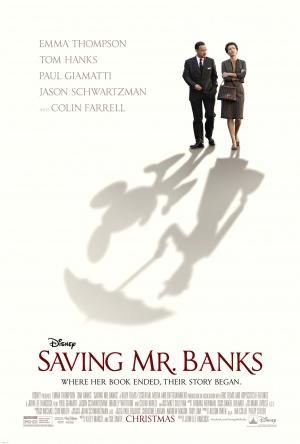 
It’s the golden era of Disney and the legendary Mary Poppins is about to make it to the big screen…but she won’t be handed over without a few minor terms & conditions.

Saving Mr. Banks tells the true, but often unheard, story of how the film adaptation of Mary Poppins, nearly didn’t come to be. In a recount of the tested relationship between Walt Disney and writer, P.L. Travers, the story follows their time together during the film’s production briefing; where, pitted against a refutable Travers, Walt Disney has no choice but to meet the demands of our antagonistic author to gain access to the Mary Poppins story.

Tom Hanks gives a warm and energetic portrayal of the loveable Walt Disney; we aren’t given the stamina of a Forrest Gump or Cast Away performance, but with Disney not being the focus of the film, this doesn’t really detract from it. Instead, Hanks’ effortless charm becomes easy to invest in, with his Disney persona becoming a refreshing change from his recent and intense character choices.

However it’s Emma Thompson’s performance of P.L. Travers that shines through as the force behind the movie. In a powerful and sometimes heartbreaking portrayal, we witness Thompson transcend with her character as she creates an image of Travers that is both reminiscent of a stern headmistress and that of Mary Poppins herself: strong, confident, strict, but with heart and love at the core.

In an incredibly warm and funny recount of those few weeks in California in 1961, we are split between the present time and that of Travers’ childhood in 1906, Australia. The story intertwines the 1906 scenes cleverly, introducing Travers’ shaky childhood, which focuses strongly on her close relationship with her alcoholic father who would lend himself to become Mr. Banks. In these scenes the recounts of her childhood act as the true essence of Mary Poppins and gives a timeless classic a lot more depth and insight. The parallel stories piece together smoothly, complimenting the humour of the present time to that of Travers’ poignant history.

Saving Mr. Banks is a wonderfully honest and emotional film, with no shortage of humour and is definitely one of the best-acted and written movies of 2013. 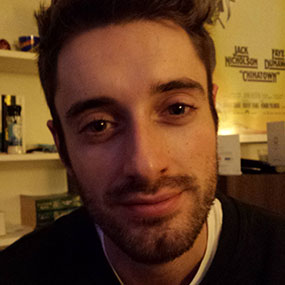