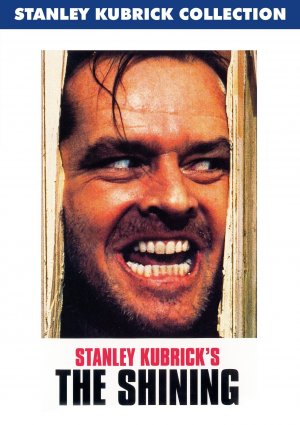 
How did Stanley Kubrick’s only horror film become one of the most highly rated of all time?

When a wannabe writer escapes to a The Overlook Hotel as a caretaker over a cold winter, he becomes isolated and is effected by the houses supernatural offerings. With his family alongside him, he must protect them before the evil can do any damage.

Kubrick uses his direction to constantly engage viewers, whether following a kid on a tricycle, repeating an enigmatic slow motion sequence of blood pouring out of a lift or simply providing beautifully framed shots that become unnervingly slanted. The musical score compliments this by implementing high pitched screeching violins to create discomfort, avoiding the trap of a cheap scare and instead using these sounds to build ever-increasing tension. Kubrick also uses unnatural symmetry with shots of the hotels layout and drawn out scenes to create discomfort when the scenes present no real danger. This keen eye for imagery makes the film visually stunning but also remarkably haunting from start to finish.

The Shining dispenses with over the top action and costumed villains as well as cheap shocks and dark settings to make suspense its main focus. Suspense is built up by focusing on the psychological aspect, and this is played out using the father and son to demonstrate a supernatural element which influences them both over a slow paced two hours and twenty minutes. This is aided by a large amount of the film where characters are represented in a seemingly clean-cut drama and shown to interact normally with each other and their surroundings. This helps create empathy for the characters so when the action finally does occur it becomes much more shocking.

Jack’s son, Danny, played by Danny Lloyd, brings the supernatural element to the film with him speaking to another boy inside him, Tony. His cackling voice of Tony is enough to unnerve most and an explanation that he can see and hear things beyond what is normally there add a terror which is amplified by the boys mixed reactions to them.

Like so many of his films, Kubrick pushes beyond what is expected of the genre by creating characters which are relatable; with a beautiful direction, terrifying soundtrack and superb set of characters this deserves it’s place as one of the best horror films of all time.