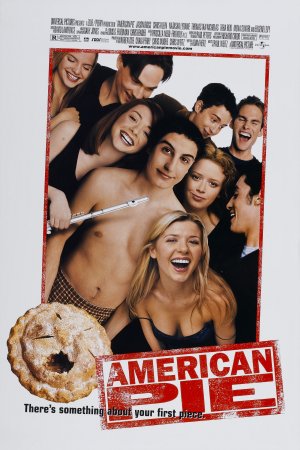 
With teenagers on a journey to lose their virginity, is this film anything more than a remake of Porky’s?

Four friends make a pact to lose their virginities before going to college. Each take a different path in their attempts: Jim tries to be confident in an attempt at getting with a sexy foreign exchange student, Kevin tries to win back his girlfriend, Finch decides that there is power in rumours and Oz goes down the romantic route. With plans in place they go to work in the hope that they can get laid.

Bringing crass jokes, pie sex and an inappropriate use of technology to the teen comedy was American Pie’s biggest achievement, but it also avoided the usual storylines of a geek worrying whether he was going to be noticed by the prom queen or the ugly duckling becoming more attractive than everybody else. Instead, it focuses on a normal but intriguing group of friends, creating characters that are slightly clichéd such with a jock, geek, high achiever and everyman with at least one being relatable to most people. The overall story is given a different spin  with the group roles reversing so that the lead character becomes the geeky high achiever of a popular group.

Jason Biggs and Eddie Kaye Thomas as Jim and Finch shine ahead of Thomas Ian Nicholas and Chris Klein as Kevin and Oz, mainly because they create more engaging characters. This is unfortunate in the case of Thomas as his character, Finch, gets the least screen time despite being the most interesting of the four friends. Even in Finch’s lowest moment, Thomas brings a natural charm that makes him a far more accessible character than the normal geek cliché.

Around this core group are smaller side characters that add different aspects of teenage life to the film. Noticeable highlights include geek Michelle, Jim’s Dad, who is always ready to give embarrassing advice, and horny sportsman Stifler. Alyson Hannigan’s Michelle is undoubtedly the most enjoyable female character to watch due to her excitable delivery of lines and unpopular nature. Sean William Scott manages to make his character, Stifler, memorable by keeping his performance simple and very one dimensional; repeating phrases and throwing his body around in a heightened sexual eagerness makes his side character one of the absolute highlights, but he’s cleverly used sparingly as to not annoy the audience too much.

This is 95 minutes of absurd but rewarding fun that will make sure you never look at an apple pie in the same way again.