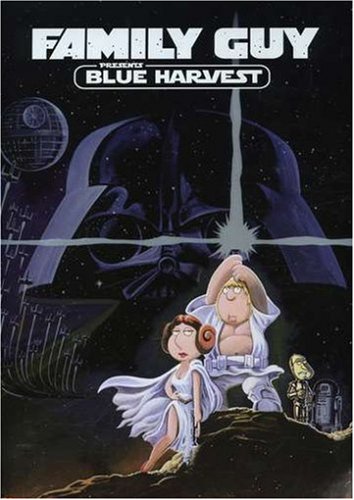 
Does a mixture of Lucas’ original story and MacFarlane’s sense of humour make this a black hole of boredom or a guiding light?

When there’s a power cut in Quahog , Peter Griffin entertains his family with a story of love and war: Star Wars.

The casting is hugely important when adapting such a famous piece and Family Guy creator Seth MacFarlane absolutely nails it. Fans of both worlds can easily identify the connections between the two sets of character with this being best shown by the best defined character, Peter, with his confident and outgoing attitude, becoming the cocky hero Han Solo. The casting of the smaller roles are also cleverly achieved for fans of both pieces. Bruce and Mayor West as Greedo and Grand Moff Tarkin both expand on the original Star Wars characters through the use of their Family Guy characteristics, in particular Bruce’s quirky and distinctly odd character brings the previously understated Greedo from a side character to the front of the scene. The casting of Stewie in the role of Darth Vader contrasts greatly with the original James Earl Jones/David Prowse original, with added campiness and a lot of humour deriving from his small stature compared to the characters around him.

Surprisingly for an animation it is the action sequences that stand out. The attack on the Death Star visually loses nothing from the live action version with plenty of swift tracking shots of the X-wing fighters punctuated with explosions to keep the audience continually gripped. One visual aspect that doesn’t work as well are the light sabre fights which, without Lucas’ gleaming sabres, are reduced to plain sword fights but with a few good penis jokes thrown in.

With the action and story being contained to just 48 minutes, this version doesn’t lose the Family Guy style with their staple of non-stop cutaways to give an alternative view on the story. However one issue with this is they’re occasionally topical, like having a campaign bumper sticker for the then president George Bush on the back of an empire ship, and with time passing they have become dated. These cutaways do slow the film slightly as they don’t feel as crisp and naturally placed as the other jokes though the short time they take up means it doesn’t massively affect the quality of the film.

Comedy and action are tightly packed and with a wonderfully adapted story, this piece efficiently flows never leaving time for the audience to get bored. This is a must see for fans of Family Guy and an interesting interpretation for fans of Star Wars.

Do you like adaptations of successful films? Who do you think is the best cast character?