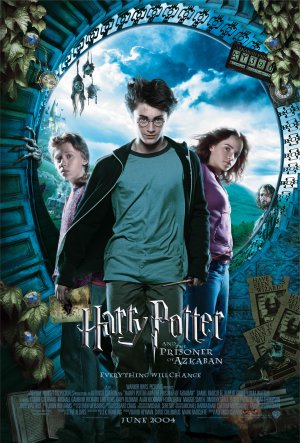 Harry Potter and the Prisoner of Azkaban (2004)


With a new director and a new Dumbledore there are big changes in this movie. But will these changes be good or bad?

This is the first film in the franchise that brings a real darkness to it which I believe is a result of the change of director from Chris Columbus (The Goonies) with Alfonso Cuarón, the director of the modernised version of Great Expectations.. The darkness of the film becomes more apparent with the inclusion of a proper baddie, not a memory or disembodied face in the back of a head. This baddie comes in the form of Sirius Black, played by the legend in the making Gary Oldman, who as an escaped prisoner brings an aggressive, psychotic realness to the picture.

The major change in this movie is the replacement of the wonderful actor Richard Harris who played Albus Dumbledore. Harris died before filming and was replaced by Michael Gambon who changed the characters portrayal from a grandfather figure to more of an uncle who is protective but would also tell a dirty joke.

The magic in this film has also progressed becoming a lot more grounded and effortless, for example Dumbledore can be seen snubbing and relighting a candle with a simple swipe of his hand This grounded feel also moves into the world of magical creatures. In the previous film, Aragog, the giant spider, looks like a furry puppet whereas in this film Buckbeak, the hippogriff, is a lot more believable as a fantasy animal. Additionally, Cuarón finds the child in all of us by making Harry’s flight on Buckbeak look similar to Bastian flying on Falkor the Luckdragon in The Neverending Story.

Like the previous movie this is a step in the right direction and is an major improvement but the franchise still has room to grow.