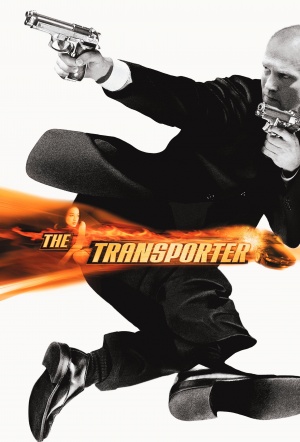 
Does The Transporter deliver the goods?

Frank delivers goods without asking any questions, but when one of the packages starts moving he’s forced to break his own rules and get involved.

Since this film, Jason Statham has become a bankable success for decent action films with plenty of fighting, explosions and chase scenes – but why was it this film that kicked it all off for him? As far as action films go, it’s a pretty good premise as Frank (Statham) is built up well to be a straight faced, no-nonsense transporter that people rely on. However, the story doesn’t take itself seriously enough; it’s not funny or comical, but its small environments and menial conversations are never really convincing and lack any real substance. You’d expect it to at least be entertaining enough to maintain viewer interest.

However saying that, there are certainly some fights and chase scenes that merit this as an action film, like when Frank covers himself in oil so his opponents are unable to grab or wrestle him. This kind of fight scene is out of the norm and peaks interest, but there are just not enough of these unusual scenes. Surely enough, we’re soon back to Statham taking his top off and showing his abs to the camera or having a bare knuckle fight on a lorry moving 70mph, which solidifies its position as a middle of the road action film.

Obviously, the film was never meant to break new boundaries, but as the first of a trilogy there surely must be something pulling in the audiences. Perhaps this is in the form of Frank’s love interest, Lai? Well, maybe it would have been if she wasn’t a constant pain at getting our hero into trouble and quickly shuts off any engagement the viewer might have had. Furthermore, her character is never developed, even when her father is introduced as a baddie. Upon this confrontation she hilariously screams about not changing and she’ll always be who she is; but who is she? There is unfortunately never enough background information to care or to actually bring her character to light, leaving her as a boring add-on who only serves to lay the road for Frank to kick ass.

The Transporter has a good set up and some decent action scenes, but further to this it's just a drab showing, with nothing to generate any interest. How they commissioned a second film out of this I’ll never know.