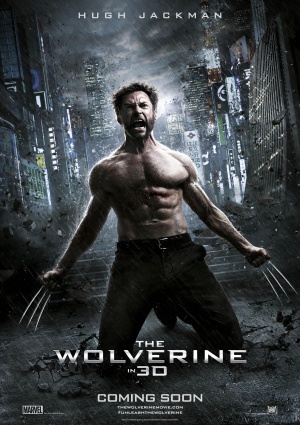 
Can a visit to Japan add any culture to the animalistic lead character of the X-Men franchise?

When Wolverine is summoned to the deathbed of Yashida, a rich businessman he saved decades earlier, a family feud and mobster interference cause life threatening danger for Mariko, Yashida’s granddaughter and heir. Wolverine tries to protect her and in the process reveals some unwelcome truths.

The film uses the same trick that Batman Begins and Die Another Day did by introducing a ragged version of the lead character compared to what we’ve seen before; he wears dirty, baggy clothes and has scruffy long hair and a beard. But this is delivered without much conviction as beneath his appearance Wolverine is pretty much the same grumpy and troubled individual and shows no significant emotional scars.

A repeated flashback scene shows Wolverine saving Yashida, the young and panicked Japanese soldier from years before. Due to the decades that have past, his hero persona has been adapted into myth in an impressive way that pushes his status into more than just being a mutant. This is taken slightly further with a continuing backdrop of his immortality being discussed and desired, but his closed book emotions mean we never truly understand his thoughts further than his immortality being a regrettable curse, instead of a power. This was a great opportunity to learn more about Wolverine, but the chance was missed to the detriment of the film.

An action scene on top of a bullet train is exciting to watch but far-fetched to the max. During the scene Wolverine and his enemies stab the train to keep their grip and jump above and duck below obstacles while fighting at high speeds with this wandering into absurdity. Apart from that, the action scenes are largely forgettable and rather ordinary. A secret base/laboratory is the backdrop to the final fight, but even a samurai that matches Wolverine’s invincibility can’t save the bland and confusing fight scenes. What’s more, the villains are never established throughout the film, but this mystery fails to generate curiosity and instead causes confusion especially during almost all of the fight scenes – who do we root for apart from Wolverine? Why are people helping/fighting him? We just don’t know.

By failing to create character progression in the lead, a character they have specifically chosen to explore, and falling short on memorable action scenes, this big budget X-Men film is a disappointing follow up to so many impressive films before it.

The Wolverine is the first film in the series to shed the X-Men title, but does it shed too much of X-Men's best parts? Let us know in the comments below