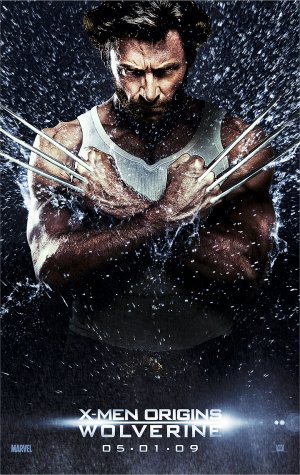 
Wolverine gets his own movie but does he need one after he led the previous X-Men trilogy?

Wolverine joins a team of super humans working for the government decades before he unites with the X-Men, but his crazed brother drives him away from the operations. A surprise visit from his brother brings him back into the fold, but he must fight against his previous allies to get vengeance for what he has done.

The film opens with an impressive crash course into Wolverine’s childhood mutation, of killing his father and spending years with his half-brother, Victor Creed, in various American conflicts. These scenes are wonderfully exciting to watch, with outfits, eras and confrontations becoming more apparent, like a World War II beach landing. And his brother, Creed, is efficiently shown becoming more obsessed with violence and war in these scenes with Wolverine distancing himself from unnecessary killing. This sets up a great physical adversary in Creed as he becomes a powerful enemy for our well known hero to fight, and with so much back story these confrontations play a part in mapping out Wolverine’s history as well as acting as simple action scenes.

The other enemy, William Stryker, is a military scientist, and is explored further than his role in X-Men 2. His character appears similar to Marvel’s Nick Fury for a time, as he assembles a great superhero team, but his character descends into an ambiguously dark one where the line between good and evil becomes uncertain. Previous X-Men fans will no doubt get more from his character than casual viewers, especially if they’ve watched X-Men 2, as a lot is referenced rather than pointed out such as his green/blue eyed son being shown.

Wolverine’s first foray into the world with upgraded claws, from normal bone to adamantium, includes two assassinations, a barn exploding, a car chase and a helicopter confrontation. That’s just one scene and its hugely over the top in Hollywood action style with Wolverine looking cool in a leather jacket while he walks away from a vehicle that’s about to explode. It’s incredibly cheesy and the absurdity of everything combined really let’s the film’s action moments down. However, towards the end there are some great one on one fights, and with the adamantium Wolverine is clearly shown as a formidable and morally confused opponent, significantly more so than in the previous three X-Men films.

Of all the X-Men characters to explore, Wolverine seemed like the one they didn’t need to do, but with his enigmatic life being explained it makes for a fun and action packed adventure that doesn’t seem unneeded.

Did you think Wolverine deserved a spin off movie? Which other X-Men characters do you think deserve the Origins treatment? Let us know in the comments below.