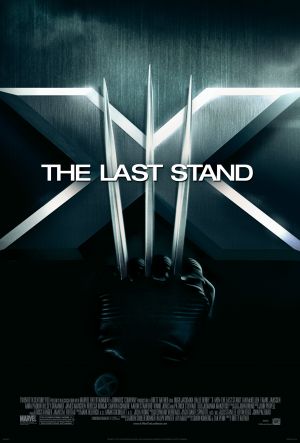 
This may be the first trilogy’s last stand, but does it keep pace with the first two films’ evolution?

When scientists discover an apparent cure to mutation, Magneto decides the war has begun and amasses an army. But a new being, Phoenix, rises who is more powerful than any other, and both sides of the mutant war want her on their side.

The Last Stand offers several visual splendours such as Magneto ripping the Golden Gate Bridge off its supports, but most of the action sequences leave a lot to be desired. The film focuses on the escalating war between mutants, a war we have rarely seen in the previous two films, and it is the included battle scenes here that let the film down greatly. They usually involve a handful of mutants whom all stand in one place while casting powers around at each other, and with little of real interest to excite viewers. The Pyro and Iceman battle is a great example of a rather pointless event with the characters rivalry heading off with them standing opposite each other casting ice and flames. It’s over well within a minute and seems to lack any substance, originality or entertainment.

Added superhero characters include Warren, who has angelic white wings and Hank McCoy, the Secretary of Mutant Affairs in the U.S. government. Warren in particular serves a simple role of displaying mutant repression under human parents and is forced to take the cure, but Hank serves very little purpose other than to enable the viewer to see the government’s plans. These characters unfortunately don’t benefit the film a whole lot and instead appear as a missed opportunity to bring some fresh vigour to a film series that has got complacent with it’s evolved characters.

Having said that, the new major addition to the cast is Phoenix and although her telepathic and telekinetic powers are unrivaled, she remains largely silent and instead battles with both parts of her mind seemingly internally, as we certainly don’t see much conflict. This results in a potentially incredible mutant becoming extremely flat as a character, even towards the end, when she unleashes her wrath, the interest comes from standard explosions rather than any spark of charisma or convincing rage on her part and as a major part of the story the character lets it down hugely.

Unfortunately, the X-Men franchise couldn't impress three times consecutively; both the storyline and action come across as rather static with not much character progression or exciting moments to generate memorable or exciting scenes.

Damned as the worst film, can you think of any saving graces for The Last Stand? Feel free to tear it a new one in the comments below if not