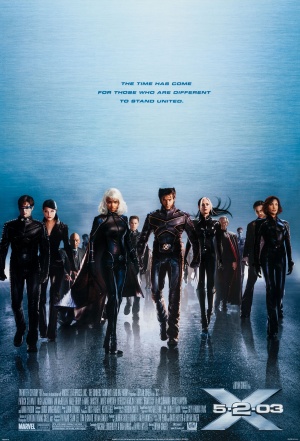 
Does X-Men 2 evolve the franchise further or is it unable to compete with the original?

When a mutant attacks the White House, both sides of the potential mutant war team up to combat the threat. But what they don’t know is that the true threat is not a mutant, and it has a plan to destroy them all.

What’s obvious from the start of this much anticipated sequel is that it comes with a darker tone than the original; with the X-Men being controlled unwillingly, a mutant being kept and Magneto gleefully ripping the iron-high blood from a man and killing others while he exits his prison. It’s all rather disturbing to watch but creates an impressively mature and grand story-line with characters who appear to have gone through horrific experiences. Magneto himself is shown as a weak character for a large portion of the film, defeated by a human character, William Stryker, whom he appears genuinely afraid of. This is a great set up of the new villain, with William Stryker not only being a match for Magneto as an apparently obsessed military scientist, but also holding the answers to Wolverine’s so eagerly wanted past.

The film benefits from having the two sides of mutants uniting to combat this dangerous human enemy, with Magneto and particularly his shape-shifting comrade, Mystique, conversing with the better understood X-men characters. Mystique is revealed as much more than a henchman, with her using disguises to set Magneto free using her combative skills and sexual allure to seduce the weak. She even gets hot and bothered with Wolverine in a tent, shapeshifting into various characters to please his desires. It’s unusual to get such a physically, mentally and sexually strong female character and her being explored is easily a highlight away from the clear moral codes set by the X-men themselves.

The film on a whole is also much more striking in its action scenes with the mutant, Nightcrawler, teleporting around the White House in a hope to kill the president. This is a brilliant way to kick start the film and it continues throughout with action scenes that differ in important scenes all becoming surprisingly enjoyable, like Pyro’s attack on police cars and the brilliant secret base finale. The only downside is Wolverine’s combatant who is essentially a female version of him, and although the reason for this is understood, it feels like a trick was missed at adding in a different type of mutant who could have offered something more interesting than the powers we’re familiar with.

Having said that, X-Men 2 really does expand on the original in every aspect heightening excitement during action sequences and building on characters and the dark tone that fits the film and it’s subject matter perfectly.

X-Men 2 is arguably the best of the franchise, but why do you think it stands out so much? Or do you have another favourite..? Let us know in the comments below