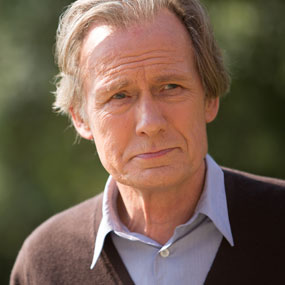 For a long time Bill Nighy has been considered a staple of British rom coms and feel good movies. And he’s truly brilliant in these roles. His long time collaboration with writer-director Richard Curtis has established this position in film’s such as Love Actually and The Boat That Rocked where he plays a rocker that can’t be stopped, with a lot of laughter at his characters expense thrown into the mix. He’s played a prominent role in Edgar Wright’s Shaun of the Dead, as a dislikeable stepfather to Simon Pegg’s Shaun, and even played the fatherly role in 2013’s romantic time travel adventure About Time.

But below the surface Nighy is so much more that just that. He’s played the unforgettable pirate villain, Davy Jones, in Pirates of the Caribbean: Dead Man’s Chest and At World’s End, putting on a strong, menacing voice and using his physical prowess to build the CGI creature. He’s played important roles in brilliant dramas such as Enduring Love, and thrillers such as The Constant Gardener and has voiced many animated roles in films such as Rango, Arthur Christmas, The Magic Roundabout and Astro Boy.

He even starred in two of the Underworld films, Underworld and Underworld: Rise of the Lycans, as Viktor, the leader of the vampires and is staggeringly different to the rom com brashness he’s best known for. 2014’s I, Frankenstein’s continues this trend of movies with Nighy again playing a strong, devilish character, and one he seems to enjoy playing.

As one of the most in demand British actors in both Hollywood and at home, Nighy is a force to be reckoned with. He may not always play the lead role in his movie choices, but he certainly leaves an impression, no matter how diverse the role.

Works professionally as an actor for the first time in The Milk Train Doesn’t Stop Here by Tennessee Williams at the Watermill Theatre, Newbury.

Performs on the London stage for the first time in the National Theatre’s staging of Chris Langham’s Illuminatus!

Stars opposite Rik Mayall and Adrian Edmondson in Guest House Paradiso, the movie version of Bottom.

Performs as the vampire elder Viktor in Underworld for the first time.

Stars in Valkyrie as Friedrich Olbricht, another real life Nazi who plotted to assassinate Hitler.

Plays an assassin in Wild Target along with Martin Freeman, Emily Blunt and Rupert Grint.

Voices The Network in the third of the Cornetto Trilogy, The World’s End.