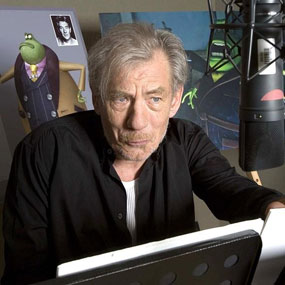 McKellen is a star, and he doesn’t even use his magic or magnetic power to achieve it

As with some other great film actors, McKellen started acting predominately in theatre and to critical success. McKellen has won five Lawrence Olivier Awards and one Special Olivier Award. There are only three people who have ever beaten this record and affirms McKellen well respected place within the theatre.

He started his film career in 1969 with Thank You All Very Much but didn’t get seriously considered by the film world until 1998 when two films, Gods and Monsters and Apt Pupil both received rave reviews from critics. McKellen was nominated for Best Actor at the Academy Awards for Gods and Monsters and Apt Pupil notably marked his first collaboration with director, Bryan Singer. This would later lead to one of his most famous roles in the long running X-Men franchise, as the main villain, Magneto. By 2014 the franchise had generated over $1 billion and is positioned as the thirteenth highest grossing franchise of all time.

Between 2001 and 2003, all three Lord of the Rings films were released to huge critical acclaim, and McKellen starred famously as Gandalf, a powerful wizard. The first film, The Fellowship of the Ring saw him nominated for another Academy Award, this time as a supporting actor. If you include the more recent The Hobbit films, which McKellen also stars in, this franchise has grossed over $1.6 billion and is positioned as the sixth highest grossing franchise of all time. McKellen is certainly a force to be reckoned with.

Throughout his career he has often returned to theatre and has lent his voice to characters and narrator roles in films such as Stardust, The Golden Compass and Spung! The Magic Roundabout. McKellen is one of the finest actors in Hollywood, and we’re extremely proud to call him British.

Born Ian Murray McKellen on the 25th of May in Burnley, Lancashire.

Won a scholarship to study at St. Catherine’s College, Cambridge.

Made his TV debut as Plowden in The Indian Tales of Rudyard Kipling.

Awarded his first Tony Award for his title role in Amadeus

Knighted for his achievements in acting

Stars in Richard III as the title character, this is also the first film for which he received a writing credit

Plays Frankenstein director James Whale in bio drama Gods and Monsters for which he was nominated for the Best Actor Oscar.

Got his second Oscar nomination, this time for best supporting actor for his role as Gandalf in the first of The Lord of the Rings franchise.

Starts performing on Broadway in a double bill of No Man’s Land and Waiting for Godot with X-Men co-star Patrick Stewart.

Shares the role of Magneto with Michael Fassbender in Bryan Singer’s Xmen:Days of Future Past