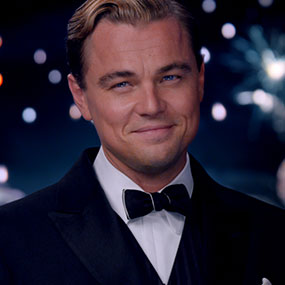 At 38 years of age, Leonardo DiCaprio has achieved more than most actors in a lifetime. He’s one of only a handful of actors that can star in any film and almost guarantee it to have critical and commercial success. He’s also worked with some of the best directors and casts Hollywood has to offer, and is continually in demand.

In 2002 a young DiCaprio became Martin Scorsese’s second ever muse, after Robert De Niro, and has been a major contributor to Scorsese’s wider commercial success since Gangs of New York. More recently they made the most successful horror film of all time with Shutter’s Island in 2010.

A notorious history buff, DiCaprio chooses his films very carefully and often attaches himself to multiple projects before pulling out of the majority. He often chooses films based on real people and has done several biopics in the last fifteen years. At first, Daniel Day-Lewis didn’t want to be apart of Steven Spielberg’s 2012 film, Lincoln, but after a call from DiCaprio he was on board and resulted in Day-Lewis’ second Academy Award for Best Performance in a Leading Role.

But DiCaprio himself has never won such an award. With three Academy Award nominations under his belt it’s almost inevitable he will acquire a win at some point and with consistent lead actor roles in recent years, barring Django Unchained, he’s sure to get a win similar to Day-Lewis’.

Has his TV debut starring in two episodes of The New Lassie as Glen.

Graduated from John Marshall High School and also has his debut film role as Josh in Critters 3.

Nominated for an Oscar for the first time for his role as Arnie Grape in What’s Eating Gilbert Grape.

Turns down the role of Dirk Diggler in Boogie Nights to play Jack Dawson in Titanic. The film goes on to win 11 Oscars.

The studio cast him as Richard in The Beach instead of directors favourite Ewan McGregor.

Stars as Amsterdam Vallon in Gangs of New York, which was nominated for ten Oscars.

Performs opposite Matt Damon in Martin Sorsese’s The Departed for which he was nominated for a BAFTA.

Releases The 11th Hour, a documentary finding solutions for improving the global environment which he wrote and narrated.

Leads the ensemble in Inception as the group’s leader, Cobb.

Plays Calvin Candie in Django Unchained - the first film in 16 years in which he didn’t get top billing (not including alphabetical billing).